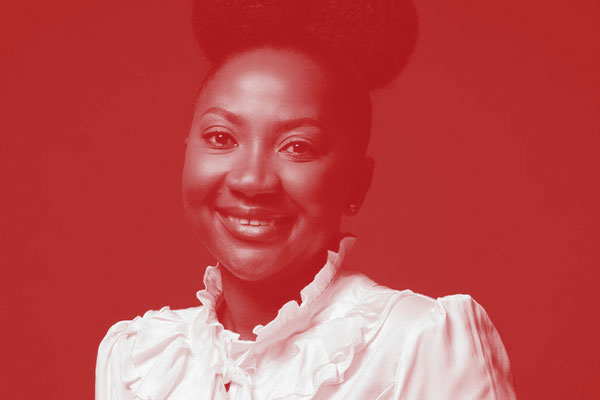 An Entrepreneurial Queen, public speaker, coach, author, philanthropist, mother and wife, Twapewa Kadhikwa has grown to become one of Namibia’s most powerful corporate personalities. She has made significant contributions to the business sector, leadership, women and youth empowerment not just in Namibia, but also in the SADC region, the wider African continent, and beyond.

To top all this, she wears the hat of Chairlady of the Kadhikwa Group of Companies, which is involved in hospitality, agriculture, capacity development, and real estate development. Kadhikwa is also a non-executive director at Bannerman Resources, a uranium exploration firm. In case that list has not convinced you of her Superhuman status, she is the Vice-Chairperson of the Namibia Industrial Development Agency (NIDA).

When it comes to balancing family and company, Kadhikwa feels that there is no such thing as balance, but rather doing your best, which she learned a long time ago and which has helped her cope with stress and worry.

There are numerous hurdles that come with becoming an entrepreneur. Applying your time, money, skills, and effort to the process of bringing your product or service into the marketplace is a difficult task, and many people struggle to get past it and discover its secrets. Entrepreneurship, according to Kadhikwa, is no different from the reality of life. There is uncertainty in life, and there is much greater uncertainty in entrepreneurship since there is no security.

“For me my anchor has been faith; when I have faith I get divine strength and revelations, what is the next step Twapewa? That is what I have used to overcome challenges and they are never ending. When I am rooted in that space I become stronger every time,” says Kadhikwa.

In life, we all have mentors or people we look up to and learn from. For Twapewa that was her father, the late Tate Matheus yaMudjanima, who planted and nurtured the entrepreneurial character within her.

Kadhikwa has learned many lessons from him and in her book; she has a chapter titled “Lessons I Learnt from My Father” where she talks about humility, hard work and having fun. She describes her father as a very humble and hardworking man, qualities that she has adopted as well.

“I think it’s very easy in life to be offended, to be proud or to be boisterous. He always reminded me that strength lies in humility. Where I am now, I am very adaptive and it is because of those lessons. I can be in Havana, I can be in the State House or I can be in New York and still be the same person. That has helped me to be authentic”.

Her father was an entrepreneur and a very hard working man, she would often ask him “Tate when will you rest?” and he would respond by saying “When I die. What am I doing here resting on earth?”

“He loved people but he also loved work and if you were lazy you would never be able to cope around my dad, and it’s a spirit I chose to personally inherit.”

“He was extremely aware that life is a gift, and there is no assurance, which is why he left us with the legacy that he did.” Says Kadhikwa.

Kadhikwa has a book called “Successful Entrepreneurship” launched in 2018, which is locally available and in her book, she gives readers a foundational understanding, appreciation, and insight into the entrepreneurial path. This is a great book for Individuals who want to use their talents and drive to unlock their riches. Particularly for start-up and growth-seeking entrepreneurs.

SUCCESSFUL ENTREPRENEURSHIP: 20 Nuggets of truth that will propel you to success!

The business world is constantly changing and entrepreneurs are constantly evolving to adapt to it, according to Kadhikwa. She says when she looks at her book today, she realizes how much she has learned and how much more she still has to learn since writing it.

“Now I understand people like John Maxwell, who would have a first, second, third edition, etc. What I’ve discovered is that evolution is not a catastrophe. Rather the challenge is discerning the times. I used to think like a child when I was younger, but now that I’m older, I think differently. The problem is that you do not know what time it is; evolution is all about figuring out what time it is. I would not change anything in the book; instead, I would adapt it to the current season I am in.” says Kadhikwa.

When enquiring about her thoughts on advertising and the role it plays in business, Kadhikwa had this to say: “Outdoor advertising is very influential and there is no such thing as being “too out there”, I will be the first to admit that my initial thoughts were that it was expensive but that was not true, it is very much affordable”.

Entrepreneurship is exactly about marketing “if you do not advertise you do not exist”, and over the years even with the evolution of digital advertising, outdoor advertising still continues to hold its rank as one of the most effective advertising options.

The value of thought/ (SWOT) analysis has taught her how to recognize her own strengths and shortcomings, as well as those of her brand. “I know my strength is leadership, and I provide leadership to the people who assist promote my business; I surround myself with people who are strong at what I’m not good at and want to see the business succeed.” Kadhikwa emphasizes.

If she is not busy conquering the business world you can find her in her garden, her prayer room, or curled up with a book. Just in case you were wondering, she is currently reading: “Commanding your Morning” by Cindy Trimm.

The business world is competitive, and advertising is used to introduce a business, build a brand and position a company, product or service against the competition. Be informed about the effectiveness of advertising whether it be through digital platforms or through the more traditional methods. Whether it be for a small business just starting out or for even more a multinational corporation.

Feel free to drop us an e-mail at info@mediasolutiongroup.com and allow us to help you take your business to greater heights through our various advertising platforms.